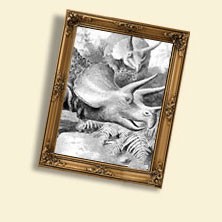 With our study of the absolute pin complete, we can use the tactical ideas just examined to throw light on some principles of strategic play—in other words, how to position your pieces to make it easier to impose pins and less likely that you will be victimized by them.

An absolute pin requires that the enemy king and one of its pieces be on the same line with nothing between them. From this you can derive several morals. The first is defensive. We have seen that even where a pawn lies between a king and a target, a capture of the pawn may force the king or target to recapture and then create the kernel of a pin. How to avoid being at the wrong end of this pattern? By keeping a defending piece or two near your king. A knight on f3 or f6 in front of the castled position is helpful for this purpose; so is a queen anywhere in the vicinity, and to some extent a fianchettoed bishop (for example on g2 or g7). The idea is to avoid situations where your king is the only defender of a bunch of pawns, or for that matter of a piece; for when that is so, capturing any of those men requires your king to move to recapture, and anytime your opponent can force you to move your king around you are vulnerable.

Any squares protected only by the king likewise can be considered weak in another sense: dropping a queen on one of them with protection from one of its fellow pieces can create a mating threat. Whether or not such a threat can be parried it may serve as the anchor for pins or forks against other pieces. An insecure king is the source of a hundred woes other than the obvious one of checkmate. It would be too strong to say that it’s always a good idea to have a defender or two near your king (there are few absolutes in chess). It depends on the threats your king is likely to face and on the opportunity costs of keeping pieces nearby—in other words, what else you might do with them; sometimes you may be better off using all of your pieces to attack. The important thing is to understand the value of having defenders near the king so that you can take it into account when you arrange your pieces.

Again, those thoughts are from a defensive perspective. Treating them from an offensive standpoint, you now can see some of the benefits of prying apart the pawn cover in front of the enemy king, whether by storming your pawns forward to meet his, by exchanging pieces in ways that draw his pawns forward and pull them off their original files, by piling up pressure against the king's position so that he will feel obliged to step a pawn forward to block it, or even by taking pawns outright with a sacrifice. And naturally a king that does not yet have suitable pawn cover because it has not castled calls for special attention, because chances to pin things to it (as well as to put it at one end of a fork) so easily can arise in that position. This also is why sequences that force the enemy king to move early, and thus lose its right to castle, can be so valuable. Anything that exposes the king helps create a suitable climate for pins.

In these studies you also see again the value of open lines for your rooks, bishops, and queen. It all comes back to pawns, as they determine whether lines of all types are open or closed. Attend carefully to pawn movements and captures; apart from whatever immediate consequences they have they also determine what lanes the long-range pieces on the board can occupy productively, by imposing pins or otherwise. The prospect of a pin makes pawns in the middle of the board especially important. Think of the lines on the board as if they were roads and the squares near the center as if they were intersections through which pins often run. If the enemy controls them, the likelihood of creating an effective line from one of your pieces through one of his pieces and then to the enemy king is much reduced; also much reduced if the intersections are impassible is your ability to rush pieces to the scene of a pin to help capture or defend the target.

Another theme we saw involved the many benefits of a mobile, coordinated army: pieces that can move to lots of squares, and pieces aimed at the same squares or at least the same general sector of the board. Most commonly an effective pin is a multiple-piece operation—perhaps one to be sacrificed to create the kernel of the pin, another to impose the pin, and still another to protect the pinning piece or to take the target. Occasionally fewer are needed; sometimes you need more. Mobile and coordinated pieces are especially valuable for ganging up to take an enemy piece that has become pinned. Everything then depends on whether you can get your forces into position against the target in a hurry. Coordinated pieces also help create mating threats, which in turn can cause the pieces that frustrate the threat to become pinned and thus vulnerable to capture or unable to defend other pieces they had protected.

From these general points you can see partial origins of many hoary maxims of strategy. Early in the game, get your pieces out and get your king castled, and be reluctant to disrupt its pawn cover; fight to establish a pawn or two where they control the center of the board; create open lines for your bishops and rooks, and get them out from behind your pawns; keep your pieces mobile and coordinated. Obviously these guidelines serve many good purposes, but among them are the opportunities they tend to create for pins and the hindrances they tend to create to pins by your opponent. It becomes easier to grasp and remember those maxims once you see how they bring about the practical conditions needed for tactical devices you know how to use.